Traditionally, Norwegian houses were painted in red, yellow, or white. The colour the owners chose depended mostly on the family’s financial situation, location and profession.
---------
Red: The red colour was the cheapest to produce. It was created by mixing ochre with cod liver oil (or other vegetable oils or animal oils). As a result, many buildings in farming lands or fishing areas where incomes were lower than average were mostly paint in red.
---------
Yellow: The yellow colour was a little more expensive than red and was also created by mixing ochre with cod liver oil.
---------
White: White was the most luxurious of colours since it was the most expensive. In the old days the mineral zinc was needed to create white paint which was very expensive. 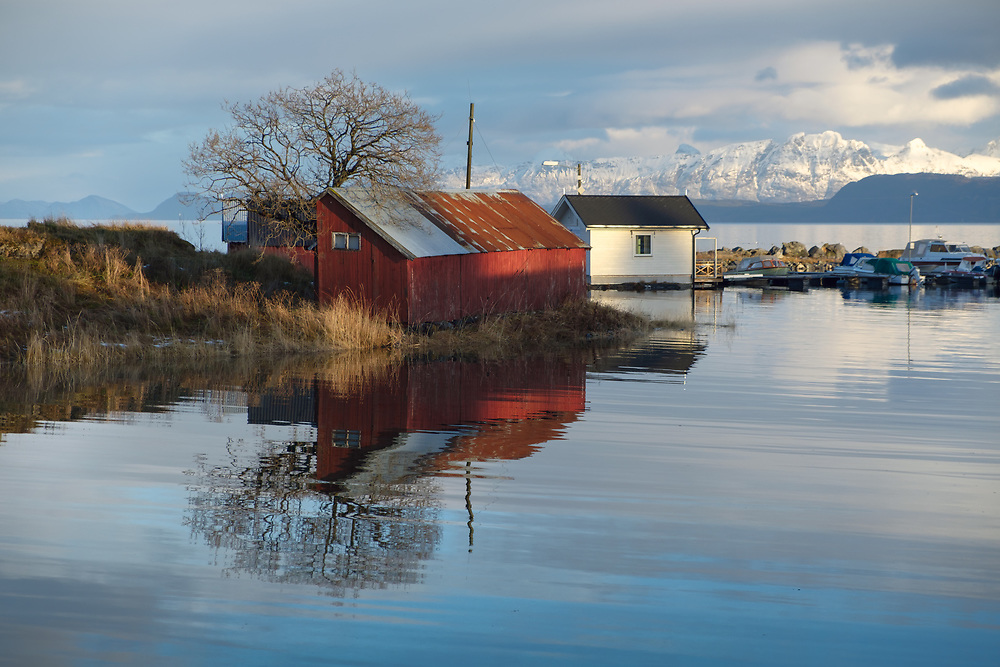